Cathy West Lowry has been a Senior Lecturer II in Accounting at the Isenberg School of Management, UMass-Amherst, since 2006.  She earned a BA in Accounting (1996) and MBA (2001) from the Isenberg School.  From 1996-2002 she served in Arthur Anderson’s audit and tax departments, and then became the Tax Manager of Meyers Brothers Kalicka, PC (MBK), a regional Western Massachusetts accounting firm offering diversified services, from 2002-2010.  Since 2011, Cathy has been teaching at Isenberg full-time.

Between 2001 and 2009 Cathy worked with Dennis Hanno in leading ever larger student groups from UMass to teach business planning in Ghana and also leading the first group of UMass students to teach entrepreneurship in Uganda in 2007.  During those years she also helped Dennis set up a business center in Secondi, Ghana.  Following Dennis’s move to Babson, Cathy became a charter member of the Nyansa Board of Directors, the forerunner of IDEA4Africa.  Though Cathy took some time off from her Africa endeavors to get married and have twins (Brendan and Ella), she’s now ready to take up where she left off by joining the board of IDEA4Africa. 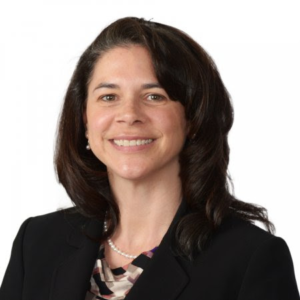